Glenn Towery is an independent filmmaker, writer, actor and director who perfected his craft in Los Angeles, CA, beginning at the famed Inner City Cultural Center (ICCC) under the direction of C. Bernard Jackson. He perfected his craft through study with his mentor Edmund James Cambridge, one the the famed members of the Negro Ensemble Company of NYC. Glenn has been performing most of his life, with theater being his first love before filmmaking stole his heart.  Presently, Glenn serves as the Executive Director of the Spectrum Theatre Company, the only Black theater company in Central Texas. A Vietnam combat veteran, in 2014, Glenn created the Veterans Suicide Prevention Channel (VSPChannel), a national nonprofit veteran’s internet healthcare network dedicated to preventing veteran suicide.  In 1997, Glenn earned a Bachelor of Arts Degree in Cinema graduating with a Bachelor of Arts Degree as the first African American valedictorian of Columbia College Hollywood. Glenn is an award winning screenplay writer, director and editor. Look for his work on Youtube, the VSPChannel website, the AVAFEST website and his own personnal websites for veterans and his projects for “Starfunk and the Astral Pioneers.”

Read more about Glenn in his Crew Spotlight

James Surtees served as the Executive Producer of Starfunk and the Astral Pioneers until his passing in early  2021. ” James was a real believer in Starfunk and the Astral Pioneers,” said his wife, Carolyn Surtees, when she called to inform me of his passing. “He told me that he believed and felt Starfunk and the Astral Pioneers could break every box office record if produced properly.” James was both a friend and a mentor. I met James when I attended Columbia College Hollywood. He was a respected professor who taught several important classes for screenplay writers. We became friends and remained friends after I graduated as valedictorian of the class of 1997. During his career, James was President of The Surtees Company, Inc., an independent film production company. James worked at Universal Pictures and served as the former Development Executive/Writer at Warner Bros. Entertainment. He was also a former writer at Paramount Pictures, as well as a writer at 20th Century Fox Studios. He got his start as a page at CBS Television City. We will miss James, but we will honor him in the production of this film. 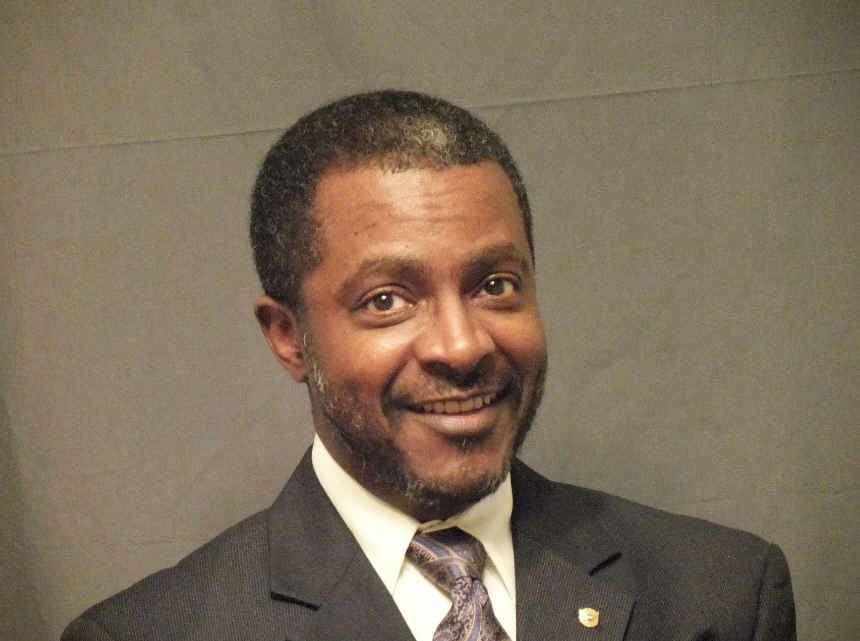 George E. Gee, Sr., has more than 30 years experience as a problem solver, business developer, and entrepreneur. He has the ability to research an industry, company or product and develop business plans, marketing campaigns, and presentations that generate new users, customers, revenue, and awareness. As CEO and president of the country’s largest minority owned and operated asbestos abatement company, Gee was responsible for obtaining licenses and insurance in several states. An avid music lover, Gee is currently involved in the business efforts to bring the Funk Music Hall of Fame & Exhibition Center to the city of Dayton, Ohio.
Currently, he is the keyboardist in a local band. When he’s not practicing with the band or meeting with The Funk Center team, he is offering business and fatherly advice to his adult children and championing projects like “Starfunk and the Astral Pioneers.” 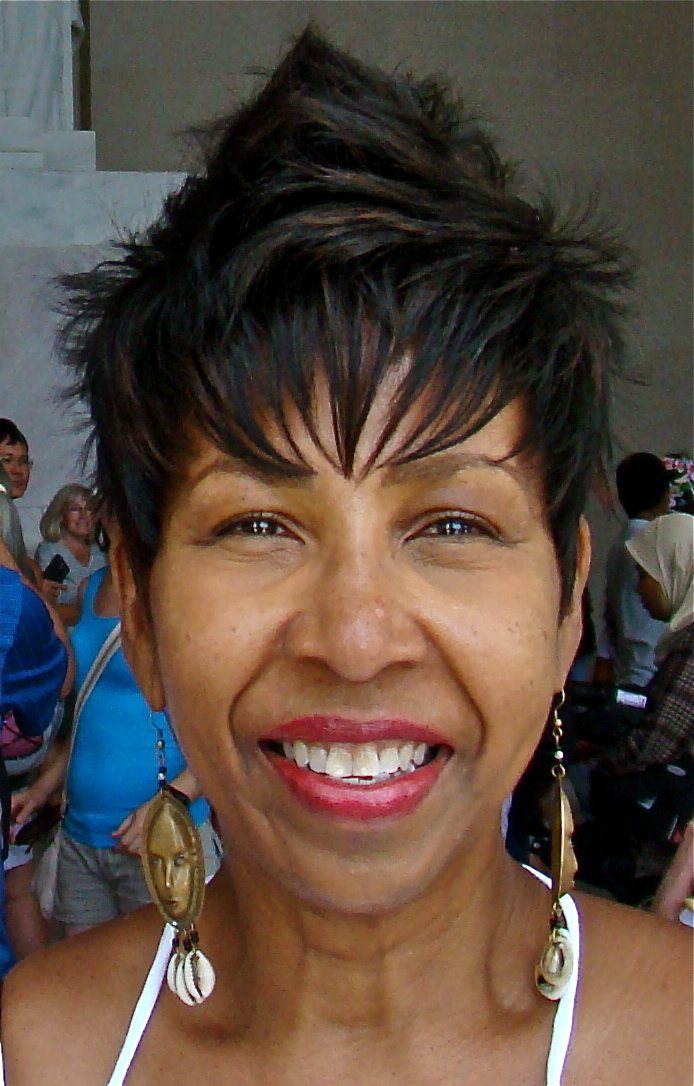 Juanita Cole Towery is a wonderfully diverse artist who uses various mediums and vibrant colors on multiple surfaces to create images that stimulate the imagination of its viewers. Juanita is an Austin, Texas-based published artist and was formerly published as Juanita Cole Howard when she resided in Houston, Texas. She moved to Los Angeles, California in 2001 with her then new husband, Glenn Towery, and they have since moved back to Texas in 2013.  Juanita has exhibited in multiple galleries in Houston, Los Angeles, and Austin, Texas.  Discovering a love of art at the age of 5,  Juanita has been painting, exhibiting and selling her works as a professional artist since 1992. She has designed several book cover jackets for published authors and logo designs for several businesses and restaurants. Most recently, Juanita illustrated three children’s books from the BRITE BRATS series written by her husband, Glenn. The illustrated images of the Astral Pioneers on this website were created by Juanita, as well as the initial conceptual drawing of Reflection under the guidance of Glenn Towery. 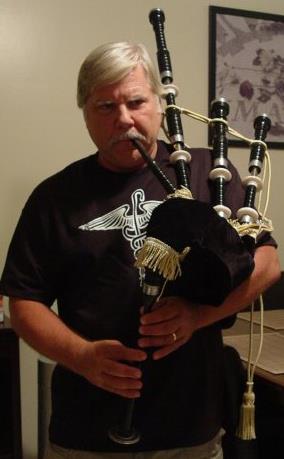 Scott Aguilar is an award winning filmmaker and has been involved in theater, television, and feature films for the past 30 years in a variety of positions (actor, writer, director, producer, and script doctor). Scott and Glenn became friends while attending Columbia College/Hollywood. They were kindred spirits, both being veterans. Aguilar holds Life Memberships with the Veterans of Foreign Wars and the Disabled American Veterans. Aguilar is also a Registered Nurse and has worked as a Medical Consultant on a number of television and feature film projects. 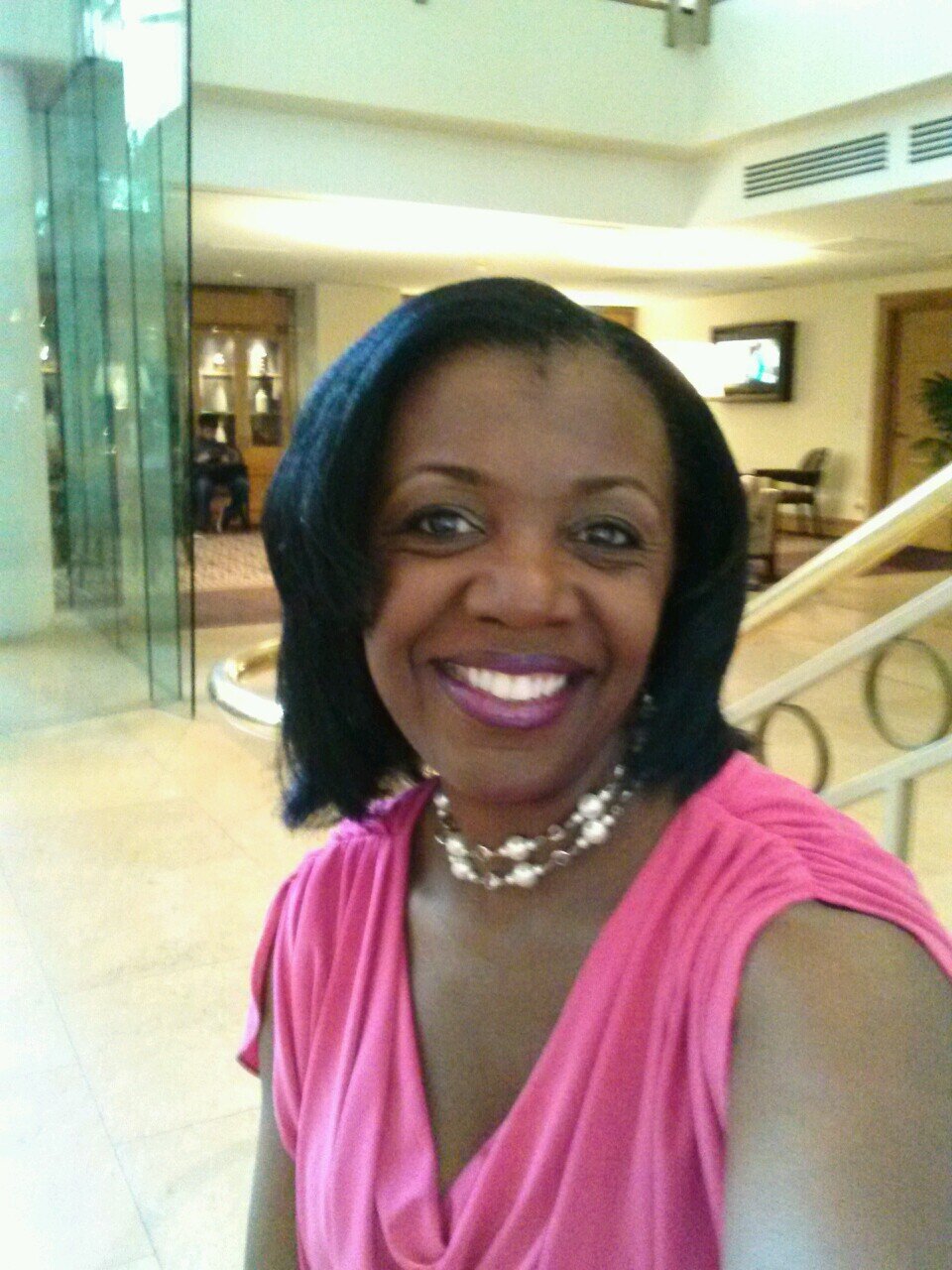 Vecepia (Vee) Robinson: PRODUCER/MARKETING
Vecepia Robinson will assist and help organize the Marketing and production team for STARFUNK and the ASTRAL PIONEERS. She is an Air Force and Gulf War Veteran, a certified professional life coach and the fourth season million-dollar winner of the hit CBS reality show Survivor: Marquesas in 2002.  Now in 2021 she is still the only African American female to win Survivor, and the first African American winner of any television reality show.
Vecepia served over 8 years in the Air Force and Air Force Reserves and spent most of her military career in Europe.  She has appeared on the David Letterman Show, Live with Regis & Kelly, the Today Show, Access Hollywood, E Entertainment, Inside Edition, the Rosie O’Donnell Show, the 700 Club, and as a special guest  on several local shows. The birth of her, now 18-year old son Jordan, was filmed at Stanford Children’s Hospital for The Learning Channels (TLC), A Baby Story.
She is a member of Delta Sigma Theta Sorority, Inc., and the International Professional Women’s Association (IPWA). Vecepia has traveled all over the world and participated in missionary work in Tanzania, Africa, Pachuca and Mexico City, Mexico. She is also a board member of VSPChannel (Veteran’s Suicide Prevention Channel) who is working to try to save the lives of America’s veterans. 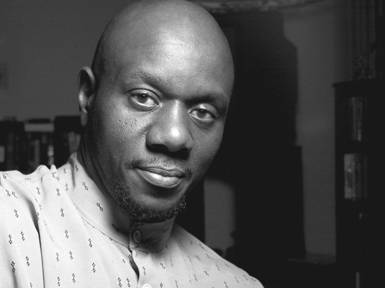 John Demps is an award winning cinematographer of 22 years. Demps is a alumnus of The American Film Institute (AFI) (’83) where he learned the art of storytelling with the camera. After completing the Cinematography Program at AFI, Demps began his outstanding career in the world of music videos. He lensed over 70 music clips between 1989 and 1992. Demps has also collaborated on numerous studio and independent features, television movies and international documentary films and commercials. Some of them have lead him to Western and Southern Africa, Iceland and Japan. Demps, an international cinematographer, is also an ICG 600 member. He is experienced in all image capturing formats from RED, HD to SUPER 35mm, Super 16mm and Still Photography. Currently, Demps resides in Los Angeles, California where he continues to capture beautiful images both nationally and internationally.

View John Demp’s work at DempsProFilms.com and on IMDb. 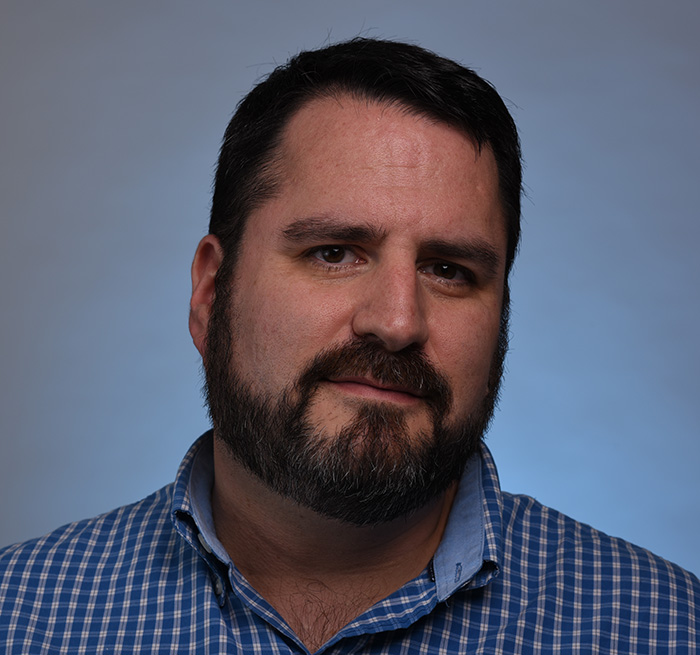 Christopher Horton (aka Mr. Christopher) is a hardcore funk fanatic that established the massive juggernaut funk website called Funkatopia to house his funk obsession. He is also a performer with a lot of experience from both sides of the stage. He has performed as a lead vocalist for hundreds of shows including five national television commercials for Coca Cola, United Way and two commercials for Nancy Reagan.

Read more about Christopher Horton in his   Crew Spotlight 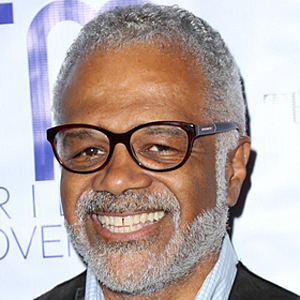 Theodore (Ted) William Lange is an American actor, director and screenwriter best known for his role as the bartender, Isaac Washington, in the  LOVE BOAT television series. He’s also starred in several films. As an actor, director producer, Ted has appeared in and/or produced many plays over the years. Glenn Towery and Ted have been friends for many years since he cast Glenn in his play, “BORN A UNICORN.” Ted is a producer, director and actor of considerable talents. Glenn would also like Ted to star in this film in a role he believes Ted will shine brightly in Starfunk and the Astral Pioneers. 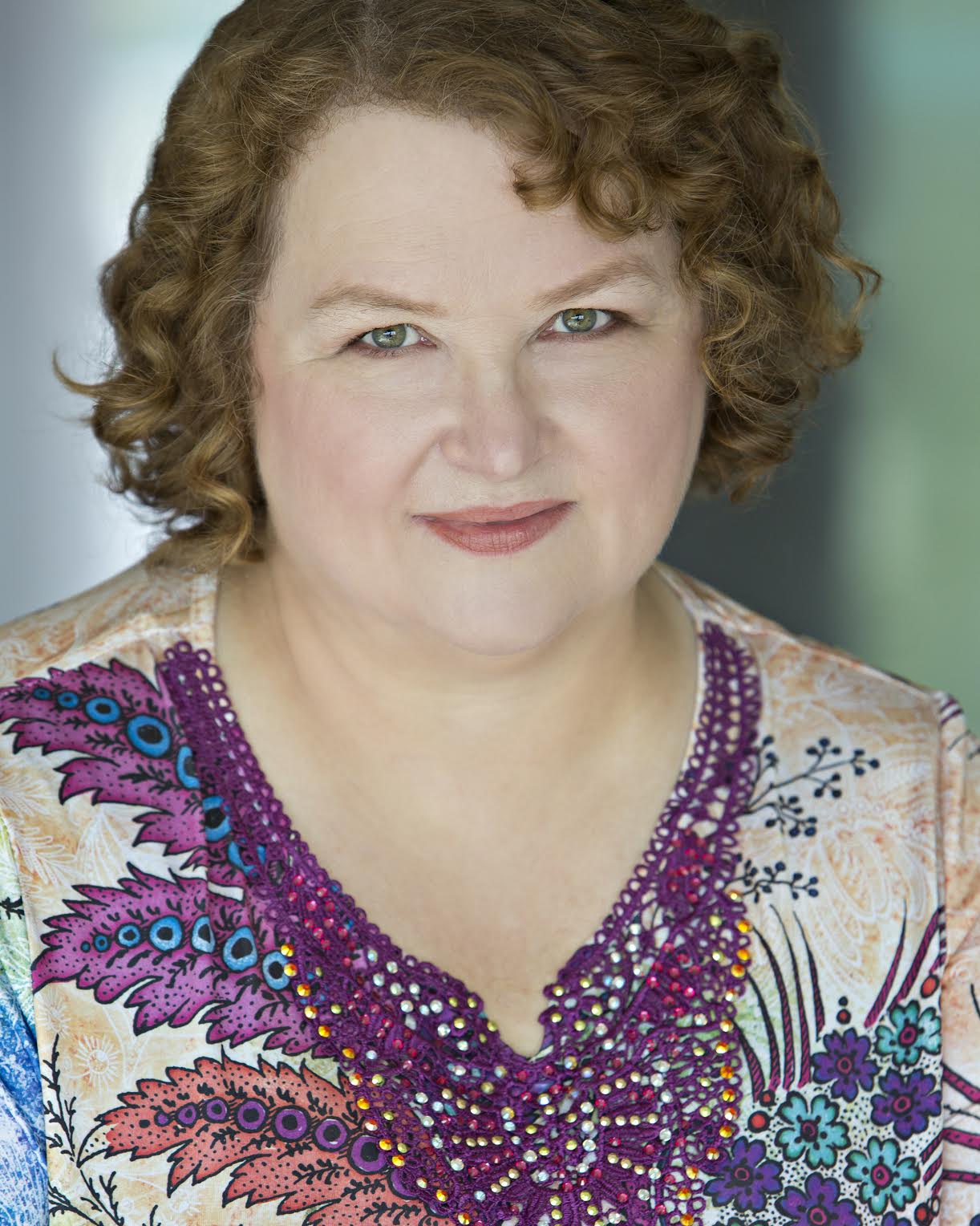 Sandra Steele is an independent film veteran. She began her career in makeup and special effects working for Machine City Productions, most notably “Day X” (2005 ) and with Chimera Studios on “All The Boys Love Mandy Lane” (2007 released in 2013). She has been line producer and assistant director for several films additional independent film. In 2010 she started consulting on scripts, but has never left the makeup/fx entirely working on the 2013 film “Secrets of a Psychopath” directed by Mr. B.I.G. (Bert Gordon) and 2020’s “Desire Path” by Marjorie Conrad. . In 2013, she started working with Gary Gannaway to help him make his horrors/comedy script “Virgin Cheerleaders in Chains” come to life and after many festival wins, that 2019 feature is currently in distribution. Currently, Ms. Steele is working in film development and post-production titles through her company Earthshine Design Productions LLC. 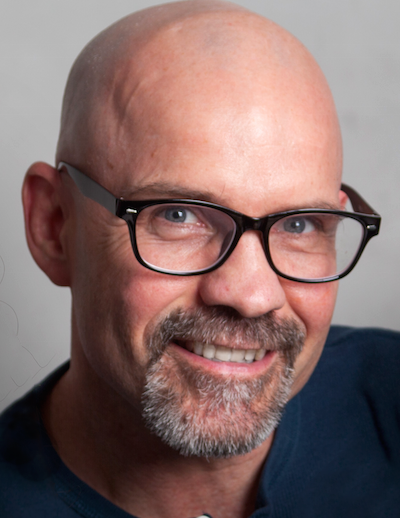 Jon Merrifield is an award winning Visual Effects, Finish and Beauty Supervisor and Artist. In his 30-year career, he has worked on over a thousand commercials including many Super Bowl ads. He has also worked in over 100 music videos, including MTV’s Music Video of The Year in 2002. John has worked on many television shows as a virtual effects compositor. Jon currently holds the VFX Supervisor position at Peli Studio based in Austin, TX and is connected globally. He was also previously one of the instructors at The Austin School of Film.

Read more about Jon Merrifield in his     Crew Spotlight.

Stonewall “Stoneman” Towery is considered by many to be an internet legend. This is due to the millions of streams and downloads he has received on his own website as well as several well-known musicians websites. In the 50+ years that Stoneman has been involved in the music industry, he has received 47 music industry awards and has won or placed in international songwriting competitions all over the world, including The Great American Songwriting Contest, The John Lennon Songwriting Contest, The USA Songwriting Contest and The Song of The Year Songwriting Contest. In addition to this, Stoneman has produced eight solo CDs in five music genres. His recordings (over 2000 to date) have been lauded and applauded by musicians and fans all over the world. Stoneman performs all the music and vocals on his recordings and engineers his projects on his own, in his own home studio. He is a fully self-contained multi-instrumentalist with a dynamic voice. Stoneman is a remnant from the past and a beacon towards the future.

Dewayne Luster served as Director of Talent for the national Austin Veteran Arts Festival (AVAFEST) 2018, 2019 and 2021. Dewayne worked with sound engineers stage technicians, and festival performers coordinating the production of 22 shows in the city of Austin, Texas during AVAFEST 2019. Dewayne has been in the music business more that 30 years. Over a period of 30 days, Dewayne and a team of volunteers hosted, stage managed, and organized 80 plus artists and volunteers for AVAFest 2019.

Dewayne is currently building LusterTalent.com an online hub for artists, authors and musicians to open income streams for their respective talents. He will assist in the creation of the Starfunk and the Astral Pioneers ONLINE FUNK FESTIVAL.