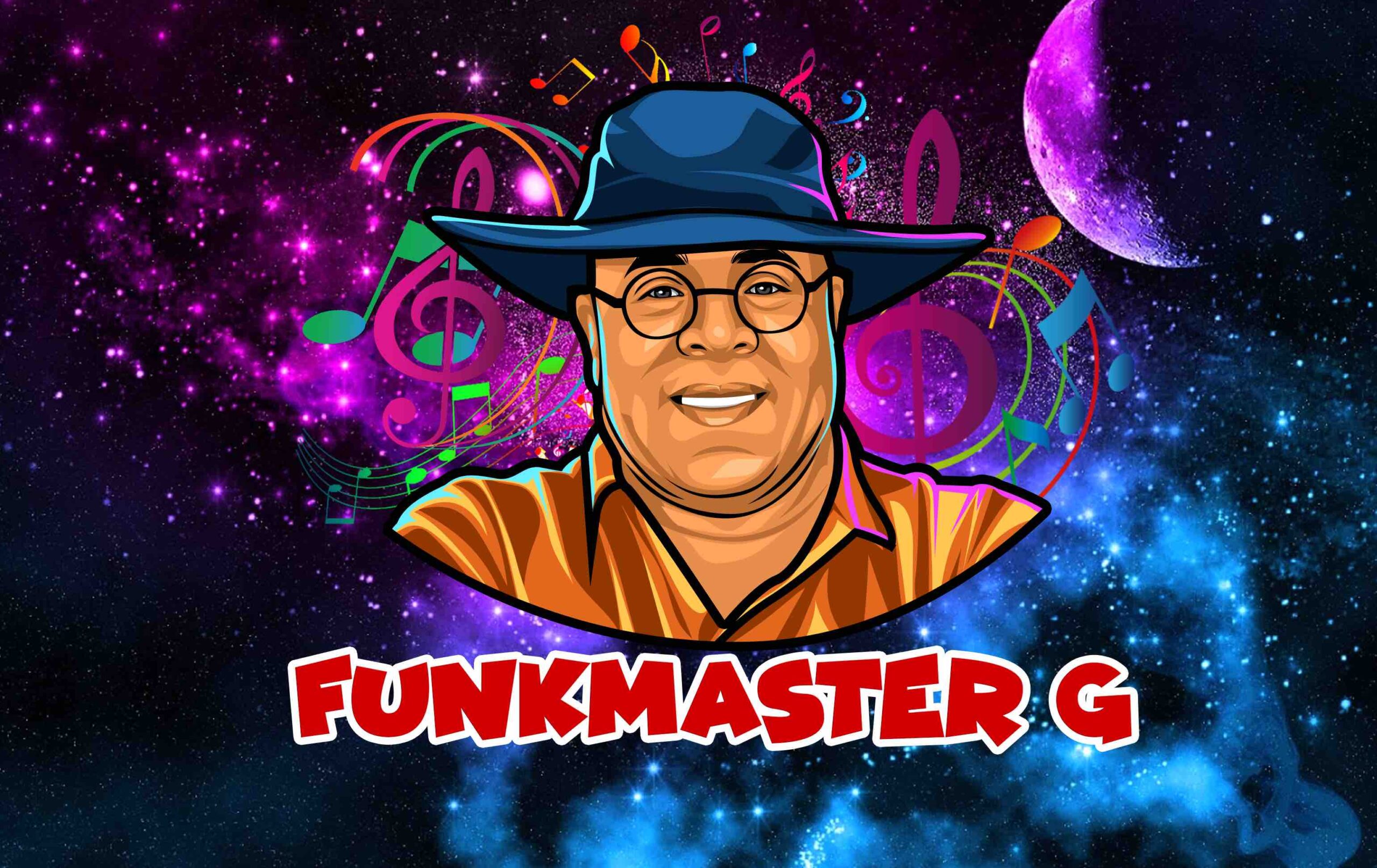 The Intergalactic History of Funk

THE ORIGINS OF INTERGALACTIC FUNK
By FunkMaster G

Intergalactic Funk has been with us for at least 22 leathons, 1 leathon would approximate about 700 years of time on Earth in the -HADU- galaxy’s time relevant measurement system.

FUNK, as we call it today, was discovered on the planet of FunkAura, which is one of the reasons that we call it funk music today. The Funkaurian’s, the people of the planet, created and cultivated the power of funk because their planet had been overrun by a methodically lethal group of beings known as the Beamers. The Beamers did not care about the welfare of the beings on the planet Funkaura, which were people and beings of diverse colors who sprung from the ancient hue well of Funkaura’s civilization. However, it was primarily the dark-skinned people of Funkaura who discovered, nurtured, and experimented and finally found a way to use the power of Funk in its purest form to save their world from the total destructive capitalism of the Beamers.

WHAT IS FUNK POWER?

Funk, as defined by the Funkaurian scientists, who are all Master Musicians:

“FUNK is a potent musical vibratory system with the ability to generate and magnify spiritual energy emanating from the player of music at the time before, during and after their music has been played. When played, the emissions of Funk combined with the emotional content of the player harnesses the fractional synergetic energy that is at the heart of all movement of the universe. Yet, funk is not considered gravitational. Funk energizes the particles that binds the material with the spiritual on a molecular level. Once emanated through the vessel of the player of funk, the power of funk can be somewhat controlled by that player on a conscious level. The Funkaurian’s like to say, “FUNK is the muscle that powers the void known as outer space through vibratory emission.”

THE GALACTIC HISTORY OF FUNK

There came a time of great tribulation in the galactic order known as the United League of Galaxies; an organization made up of 3 thousand living planets from as many as 77 galaxies throughout the “Nebulae Offset” region of the universe in the time/distance annex of the “CARBON X GALAXY.” The United League of galaxies was created after the first great galaxial war with The Beamers. It was a time when galaxies found themselves invaded by a terrifying force that seemed impossible to defeat. The Beamers are beings devoid of caring and emotion, their overriding purpose for existence is the accumulation of by product useful to their civilization. The Beamers exist in a hive mentality culture and possess an ability to interfere with other beings by occupying the recesses and crevices of other beings conscious states of being. The Beamers, in order to occupy and rape planets of all of their natural resources, which The Beamers would return to their world for consumption, would use the power of consternation. The Beamers had long ago used up the resources of their own massive and gigantic planet f trillions of beings, so they had need of constant replenishment. That is what caused the First Galaxial War.

It had already been foretold that a time would come when all life in the Galaxial order would be challenged to resist The Beamers hypnotic-like powers that threatened to destroy individual consciousness forever and replace it with connective cognitive disorder and dissonance. It was a time when beings of all existence throughout the universe would face great hardships and perils from a power that would be unleashed in the universe, hellbent on destroying many of the living planets from the smallest to the largest.

The Funkaurian’s from the planet Funkaura discovered the power of Funk nearly 22 leathons ago. The Funkaurian’s discovered that they could disconnect the hypnotic vibratory influence of the power of consternation of The Beamers by playing music, and that any kind of music would do, but that FUNK music was the most potent, the original music of the Funk culture was the absolute best vibratory inoculation and most powerful form of music that they could use.

It was the appearance of “The Keeper of The Source” on Funkaura whose image appeared before Stellar Digg, a famous Fuankaurian musician that brought enlightenment to Funkaura. The appearance of The Keeper of The Source” It caused them to form a great Funk Army of musicians who trained to master the power of Funk. The leaders of the great Funk Army were given the title “STARFUNK,” after STELLAR DIGG, the first Starfunk who proved that Funk power could move a star from its celestial orbit. He was called a Starfunk following that historic moment in Funkaurian musicianship. Since that day, when a Funkaurian musician reaches a supreme level of musicianship, they can acquire the title “STARFUNK.” They say that there is only one born a leathon.

As many great musicians hail from the planet of Funkaura, the Fukaurian’s spread their seed in many quadrants of the universe. They are an energetic and talented group of beings, although not all of them are humanoid in nature. One thing that The Beamers did was leave Funkaurian’s a legacy of culturally diversity.The Beamers brought other enslaved cultures to slave for them on Funkaura. Once the Beamers were outed and defeated, they left all of the beings they brought as slaves there on Funkaura. The Funkaurian’s embraced all of these cultures and beings and as a result has created the most diverse culture in the universe by accepting in every way who they are. After the great tribulation on Funkaura until this day they are all now known as one Funkaura.

HOW FUNK GOT TO EARTH

During the great tribulation, a group of about 300 Funkaurian’s escaped from the planet of Funkaura, pursued by The Beamers into deep outer space. The Beamers want to recapture them ad put them back to free labor of Funkaura. The Funkaurians triangulated the creation of a wormhole of the variety that would collapse behind them and not allow The Beamers to follow through. That is how they escaped.

On the other side of the wormhole, they found themselves in a small solar system of one of the stars in the massive Milky Way galaxy. It was here that they discovered a tiny planet that was known at the time as Urantia, now called Earth.

The Funkaurian’s spacecraft was in very bad condition after being fired on by the Beamers, so they left their ship in space and transmission traveled down to Urantia to a continent now known as Africa. Most of the Funkaurian’s looked like the people of the continent of Africa and they mixed cultures with them as was the Funkaurian culture. However, they brought their rituals and music with them that fused within those cultures in Africa. Now we have the DNA and blood of Funkaurians here on Earth. 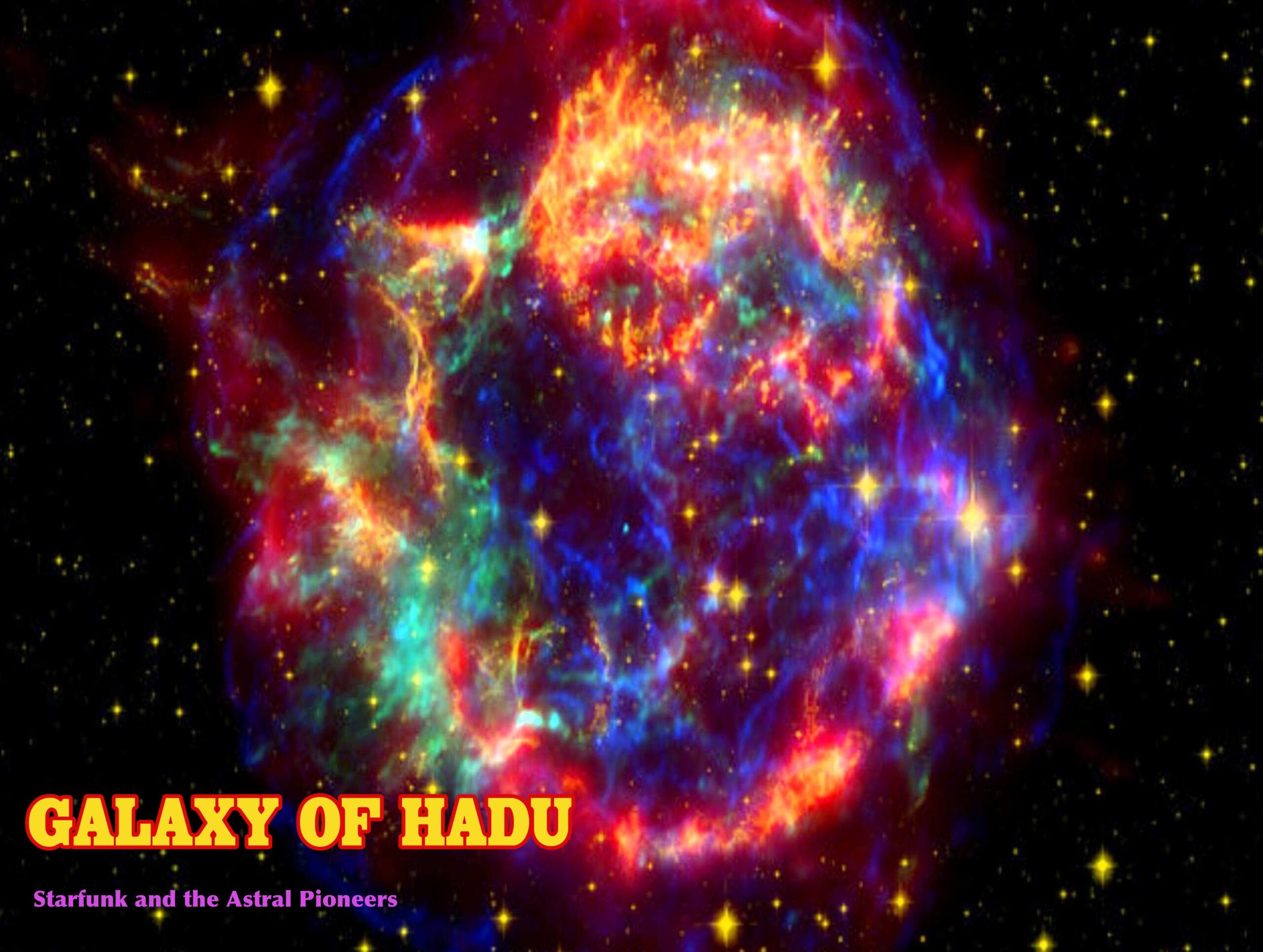 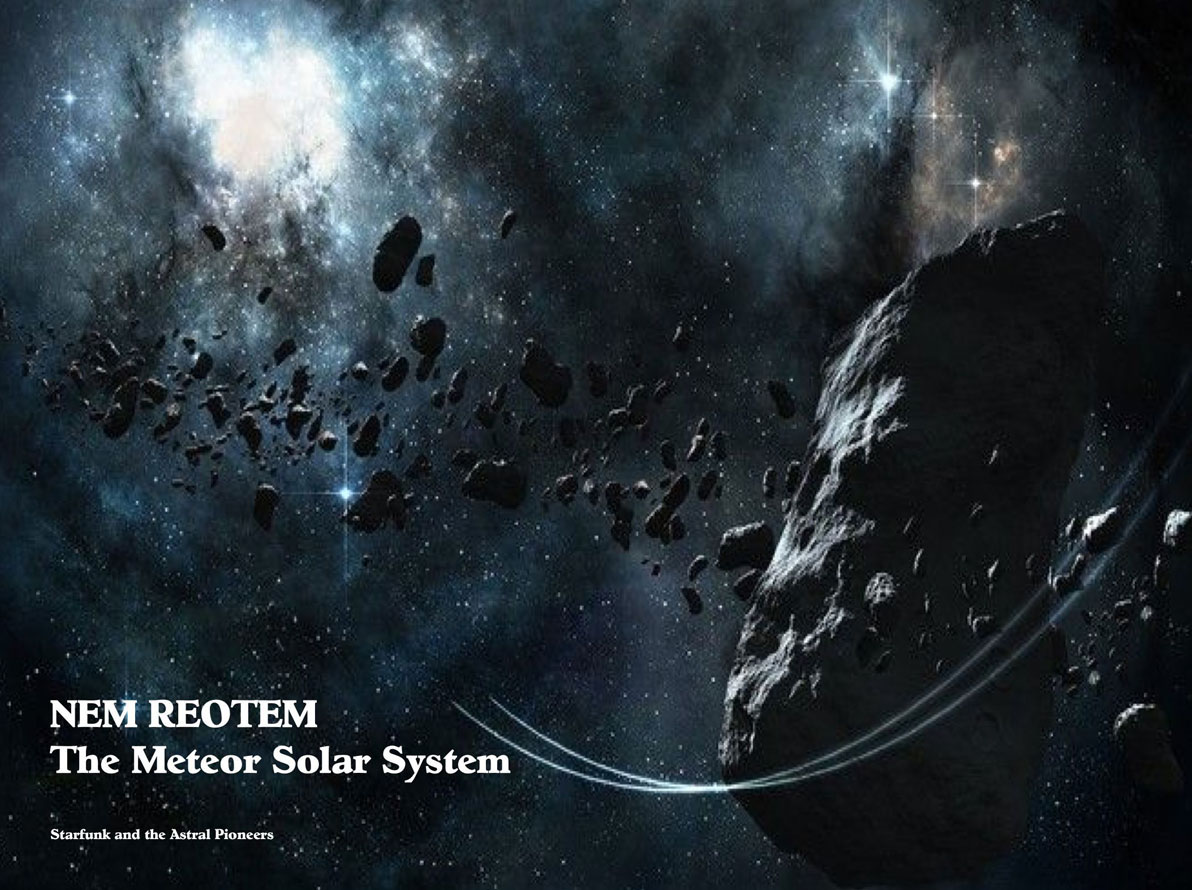 The fabled “Meteor Solar System” with one planet at its center. It roams the universe from galaxy to galaxy forever. 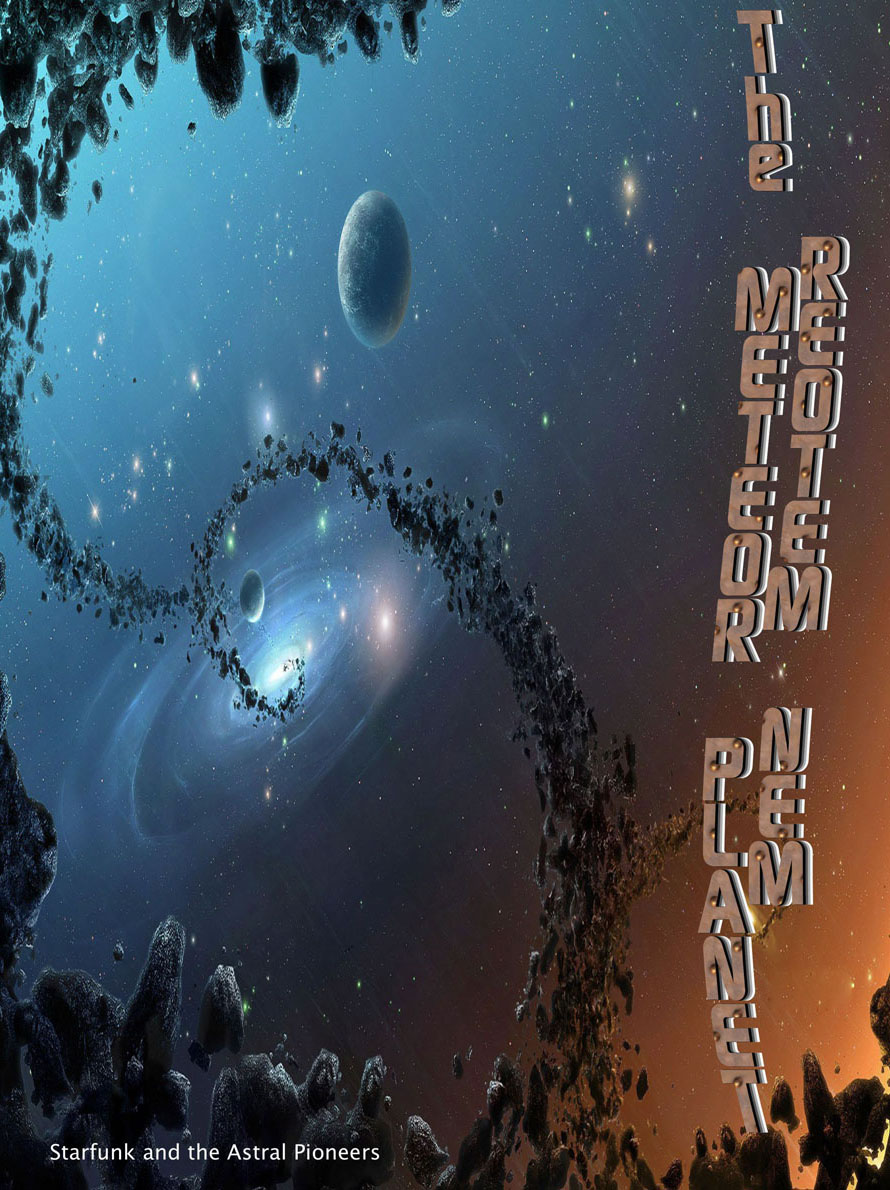 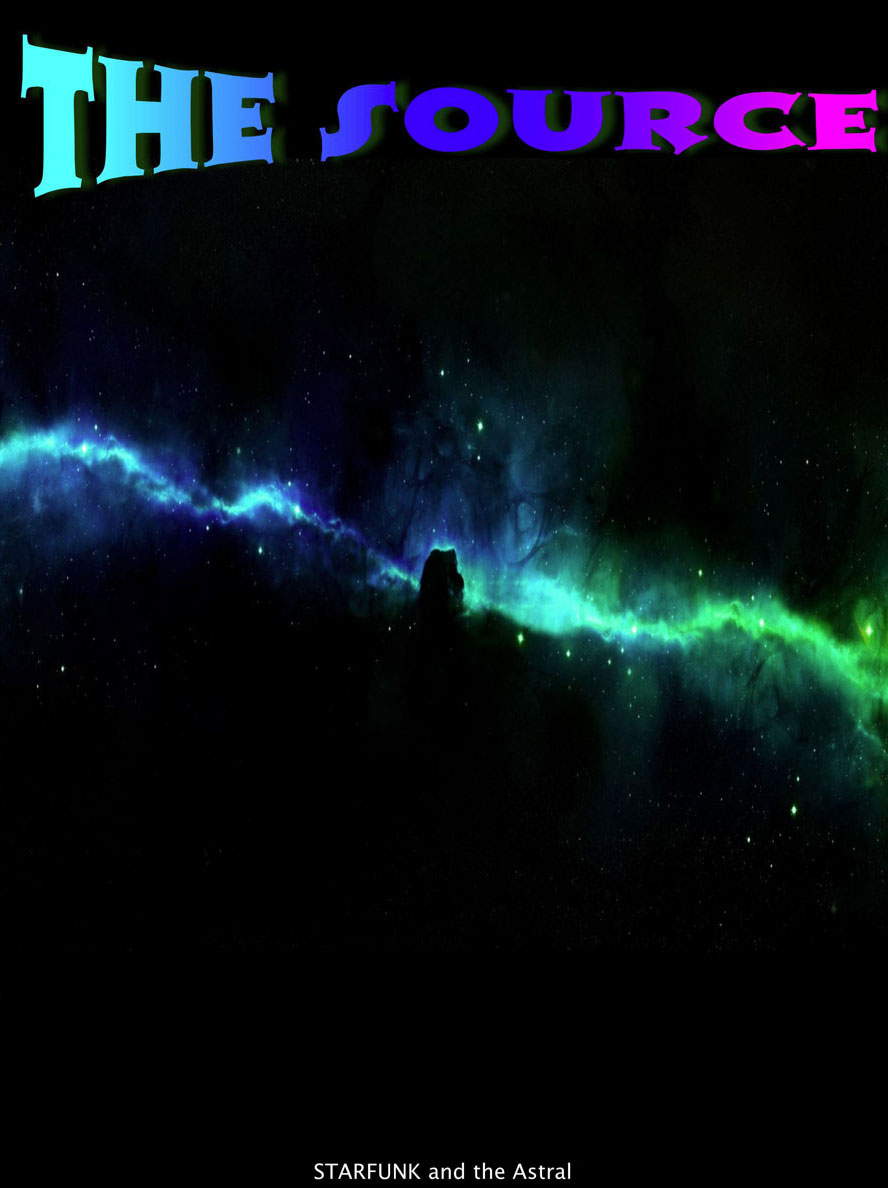 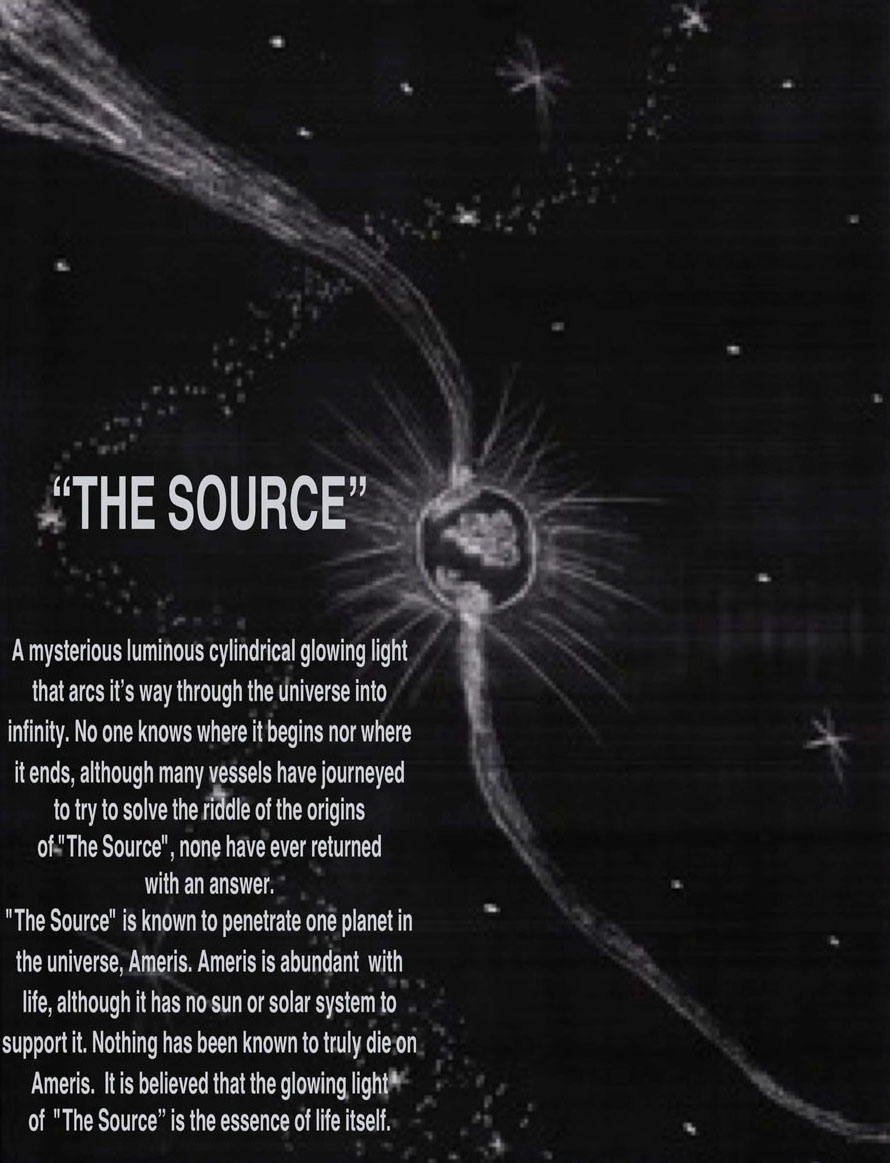 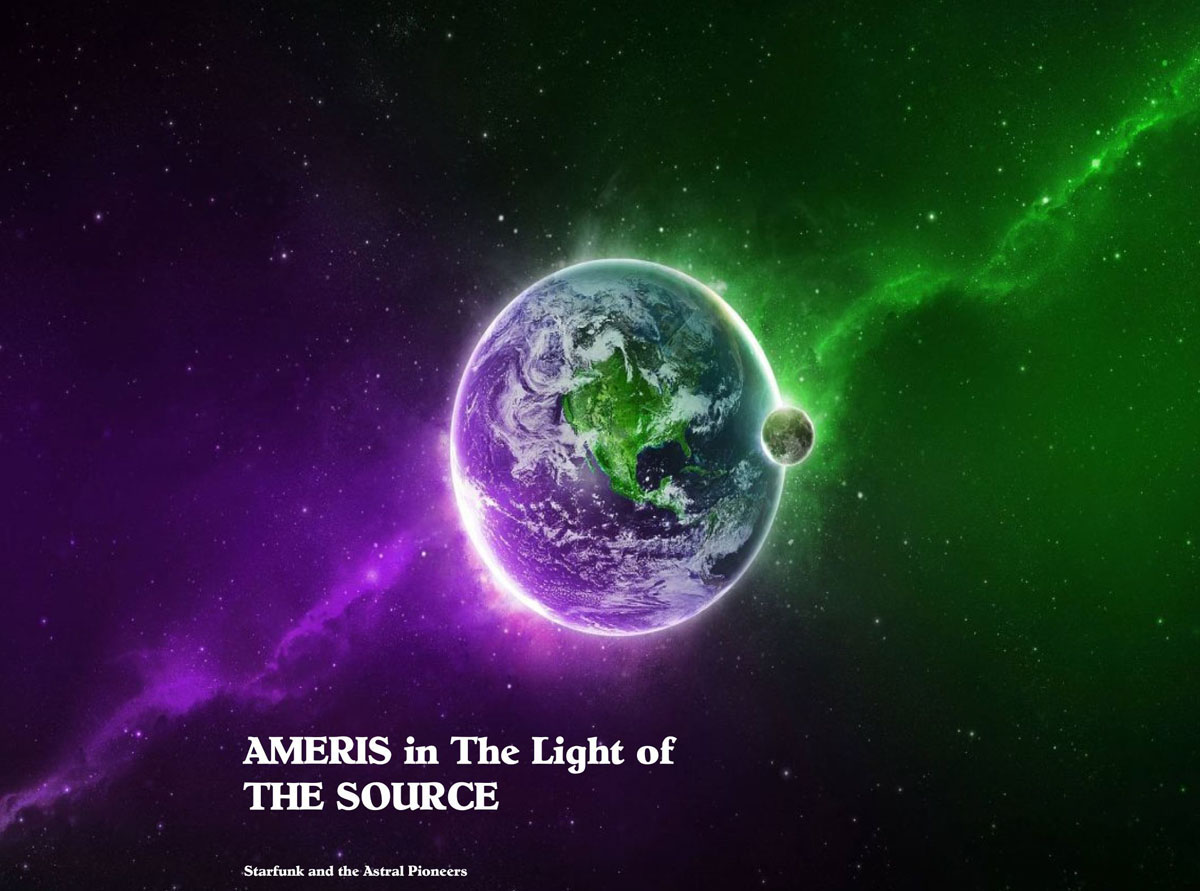 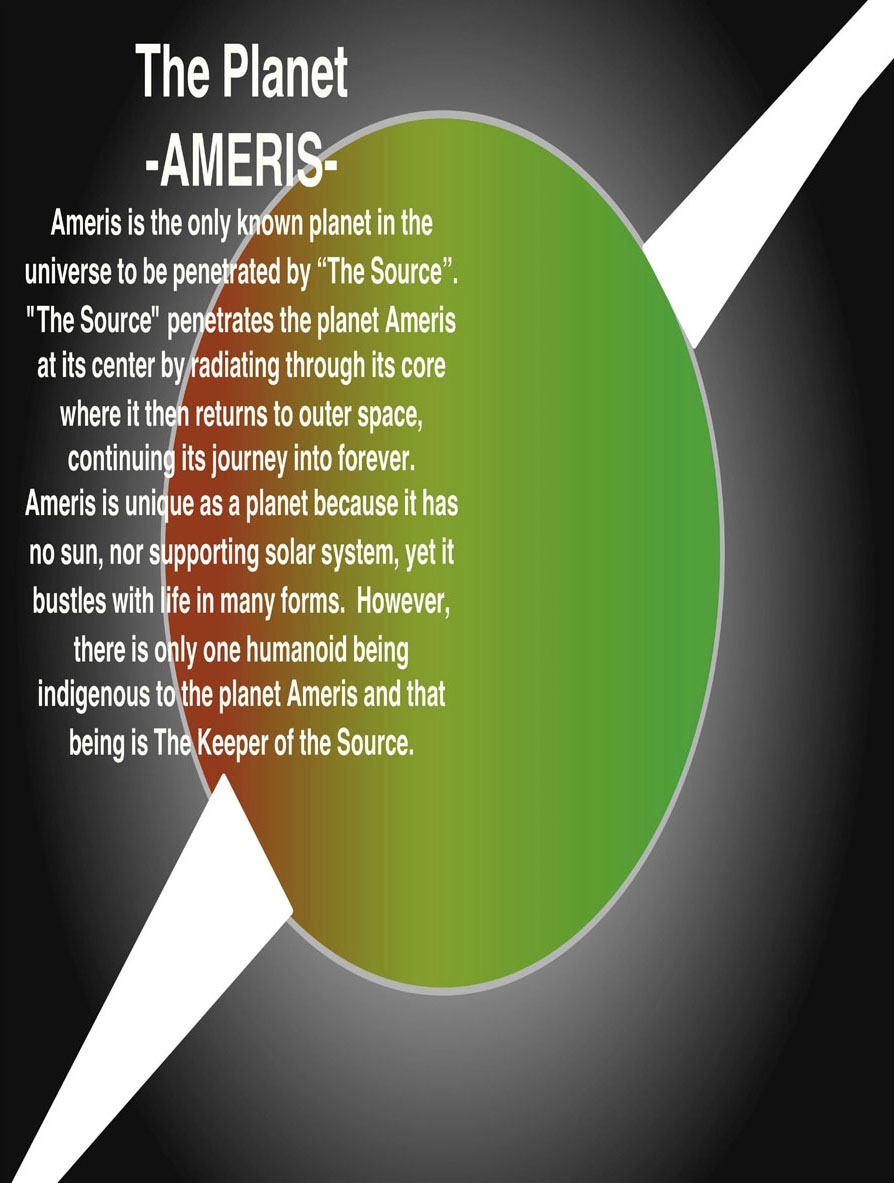 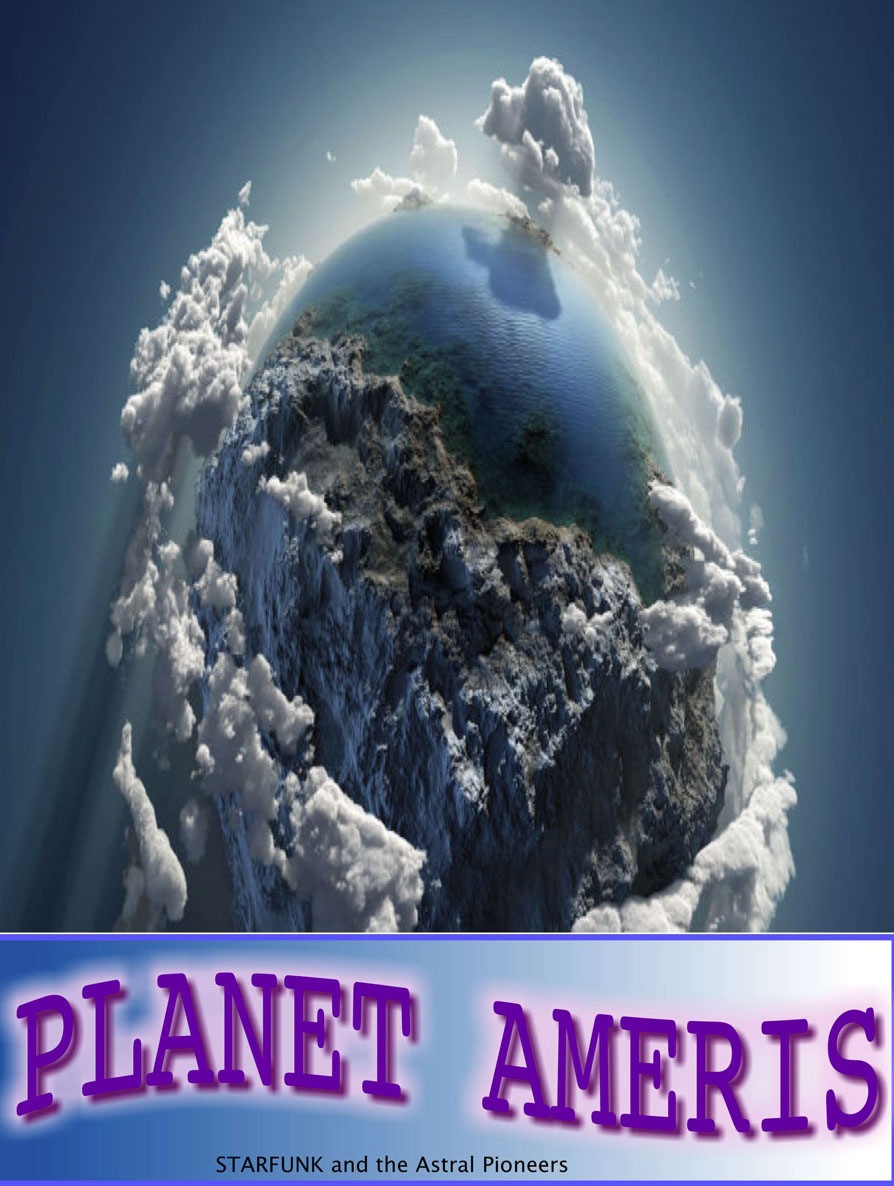 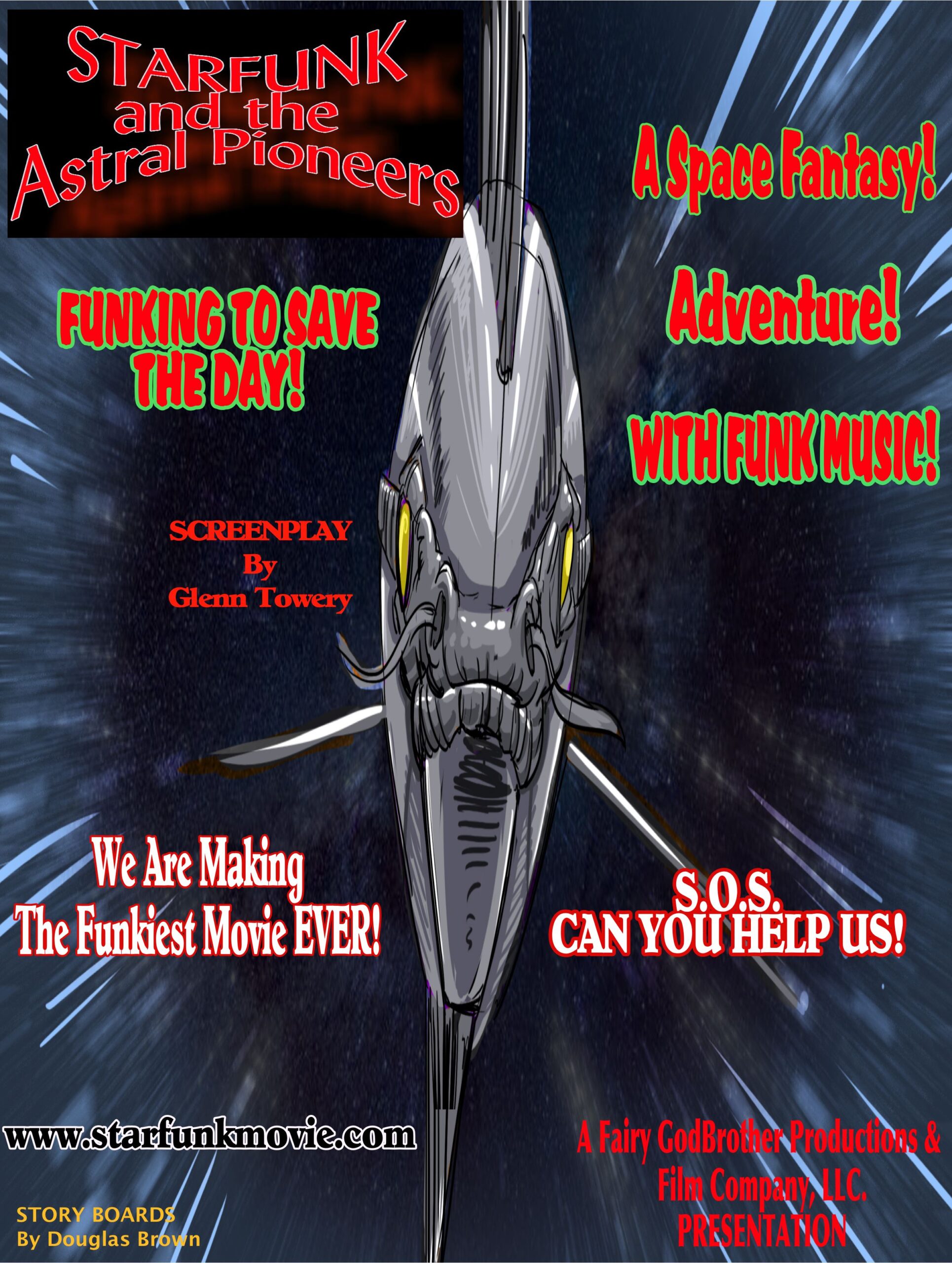 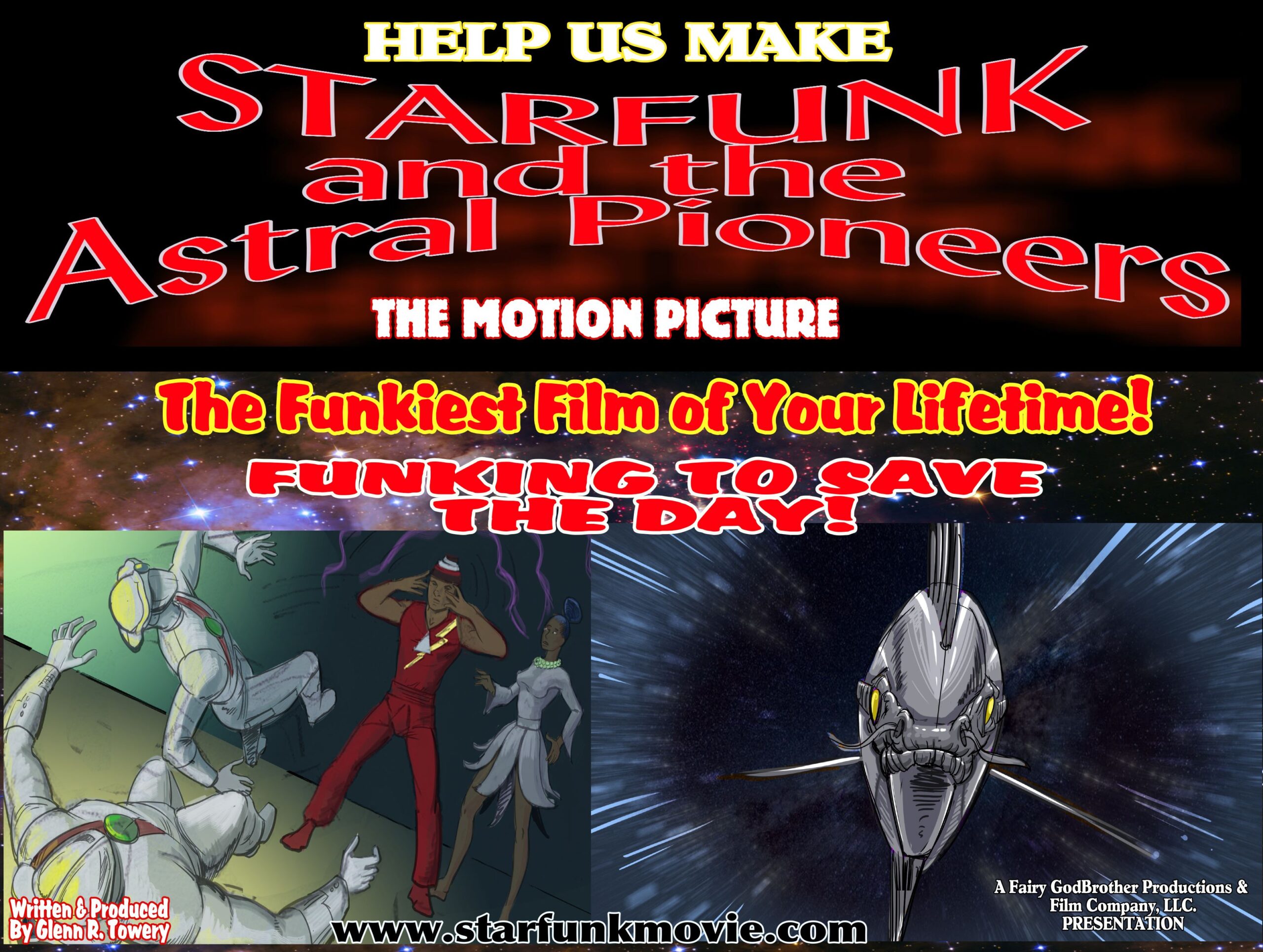 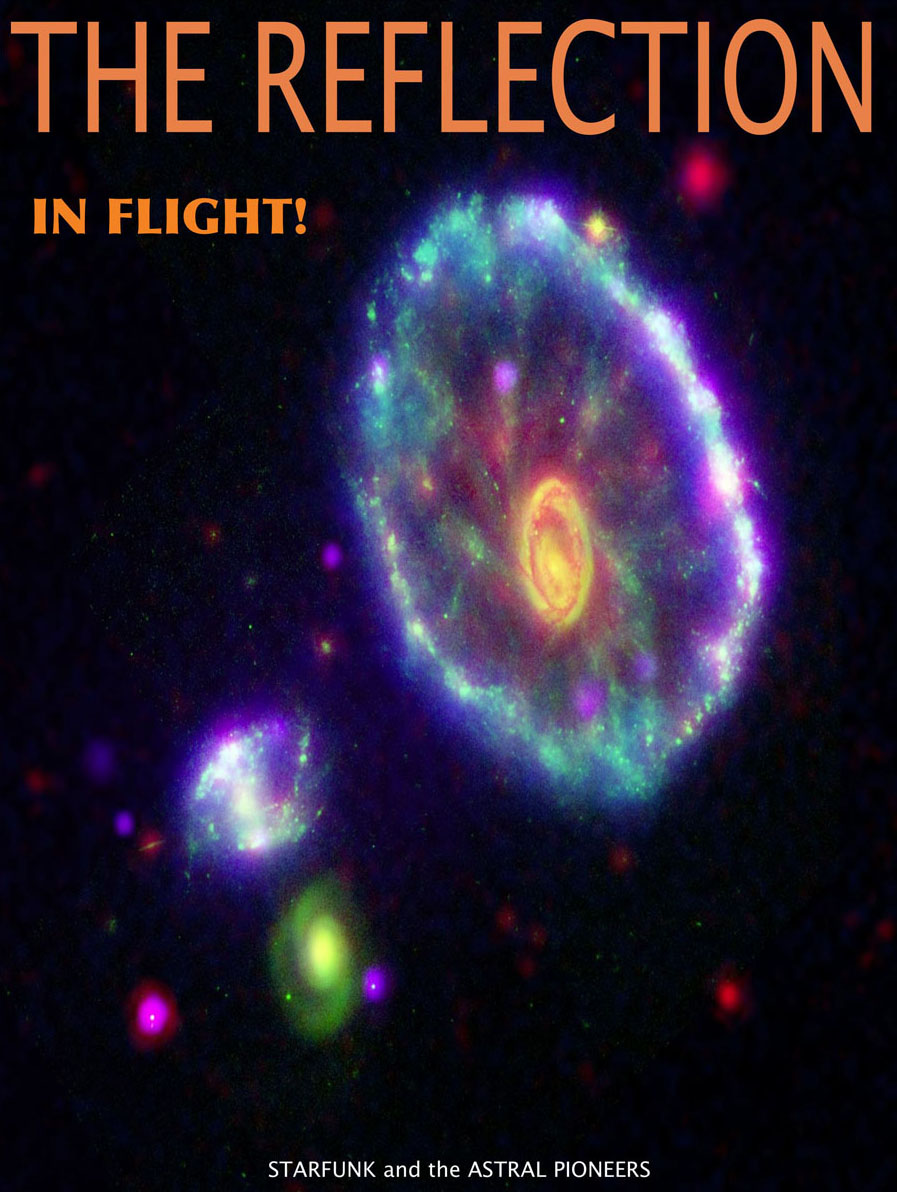 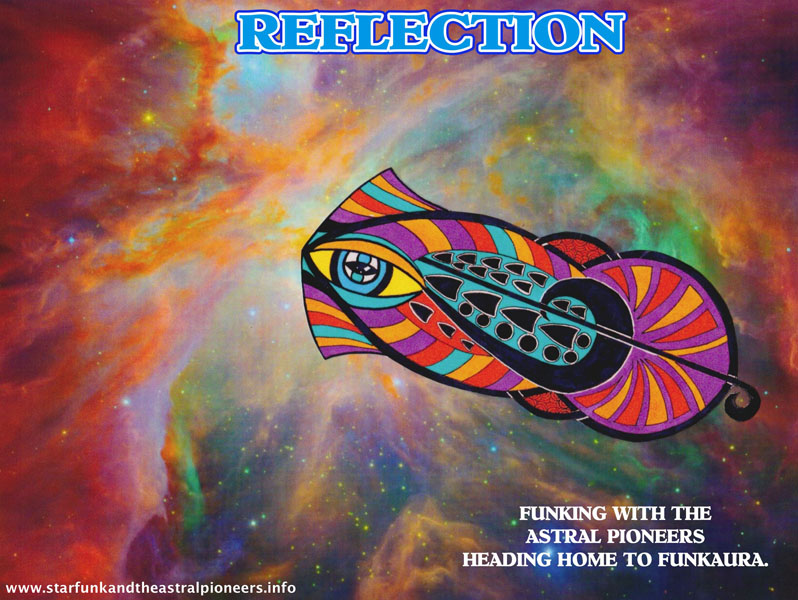 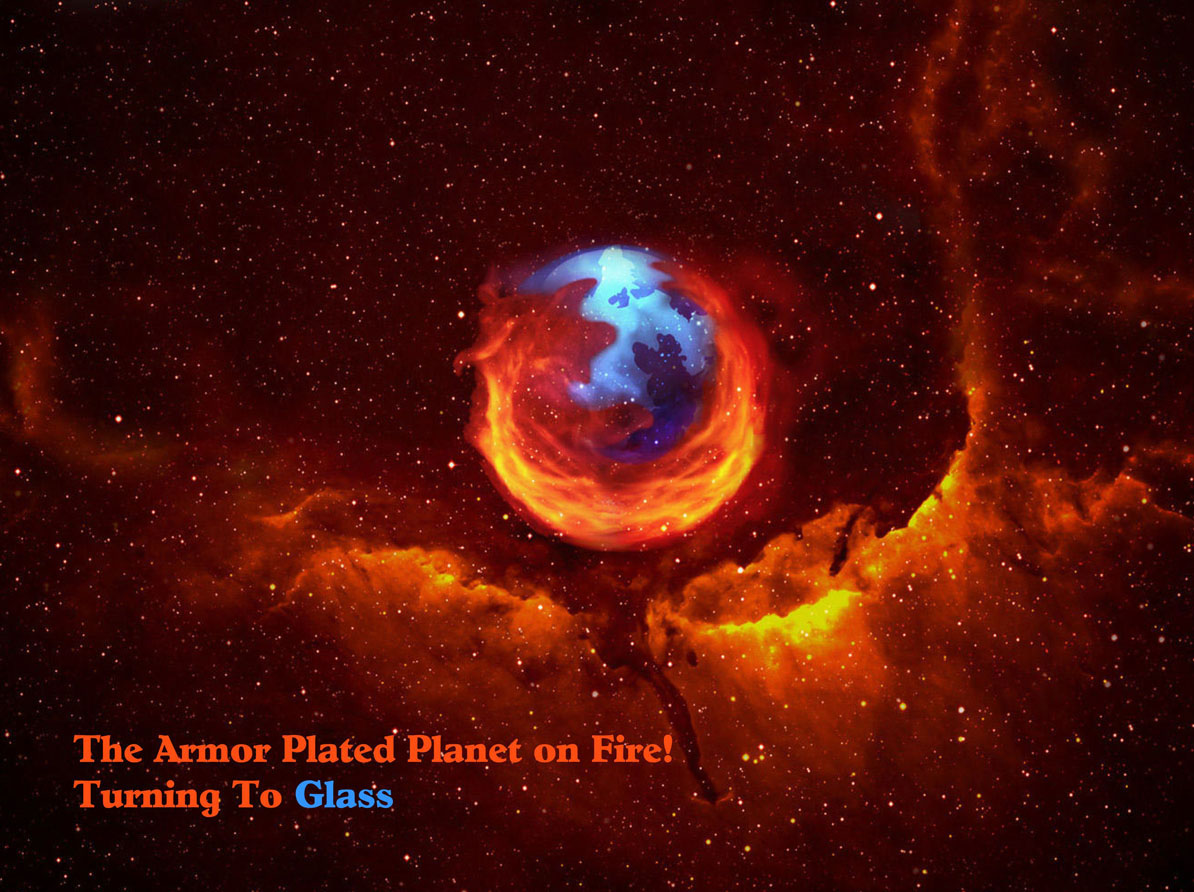 The Armor Plated Planet on fire turns into V-13 Crystal after attack to become fuel for the United League of Galaxies Rampaging Space Armada.