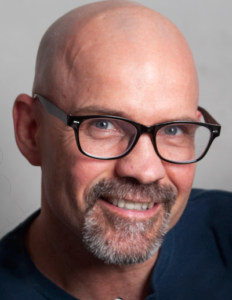 Peli Studio is an artist driven Design, Editorial, Visual Effects, Color Correction and Retouch creative media company. We embrace current technology and have Worldwide alliances with high level talent. Peli is an accomplished post production studio with expertise all things post and visual effects as well as remote workflows. Founded by an award winning VFX and Finish Artist. Peli Studio offers diverse teams in all genres of creative media imagery. We combine our small footprint with our impeccable industry connections in an effort to increase the efficacy of our expertise in post production, motion graphics and visual effects. We supervise shoots, media collection and post teams that lead to superior execution of all deliverables in an efficiently developed pipeline. Project organization and technical accuracy are two of the cornerstones of our operation and as a foundation to allow the creative passions to blossom. Delivering the most effective approach to acquisition, design, creative execution and delivery obstacles is a core ideology at Peli Studio.

Jon Merrifield is an award award winning Visual Effects, Finish and Beauty Supervisor and Artist. In his 30 year career he has worked on over a thousand commercials including many Super Bowl ads, over one hundred music videos including MTV’s Music Video of The Year in 2002 and a plethora of featured Artists including Beyonce, Michael Jackson, Will Smith, Jennifer Lopez, Jessica Simpson, Ludacris, Madonna and Natalie Merchant, as well as many television shows as a visual effects compositor including The X Files, Ally McBeal and The Unexplained. Jon’s film work has touched over 10 film’s including recently as VFX Supervisor/Designer on The Last Keepers – 2012, Innocence – 2014 and Sophie and The Rising Sun – 2016

Mr. Merrifield currently holds the VFX Supervisor position at Peli Studio based in Austin, TX and connected globally. He was also previously one of the instructors at The Austin School of Film.